Students who completed SCoRE as first-years in 2011 were surveyed as seniors. Their knowledge about resilience was greater at graduation than when they took the pre-test as first-years, suggesting that the students retained what they learned.

Techniques and skills taught in SCoRE and used by students included the following:

Students in the 2014 cohort who returned to Chatham for a second year scored higher on behavior change indicators (i.e., achieved a higher "resiliency score") than those who withdrew from the university.

A statistically significant reduction in stress was found in students from the 2014 cohort who returned to Chatham for a second year.

Program administrators noticed and student participants reported that the experience of taking SCoRE together had a positive cohort effect.

Program administrators reported that the convenience of being able to take the course online had a positive impact on students' experience. Additionally, they described SCoRE as ready made/turnkey and easy to deliver and implement. 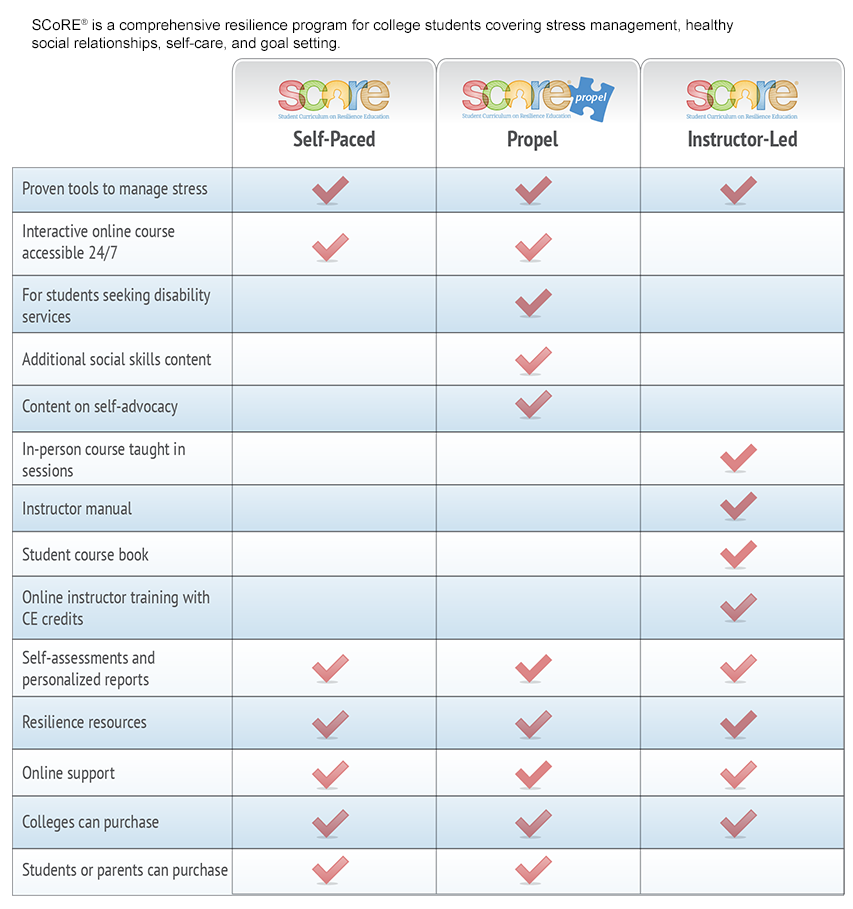